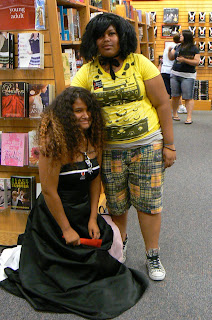 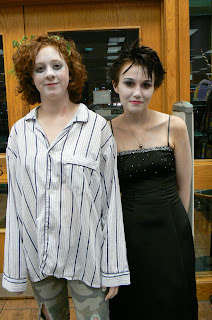 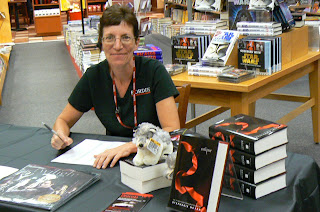 So I went to the Borders Twilight party last Friday for the book release of Breaking Dawn, and I'm finally at home to get the pictures up. After going to the Harry Potter celebration for the final book, I have to say it was a bit underwhelming. I know Twilight isn't as big as the boy wizard, but creativity goes a long way. 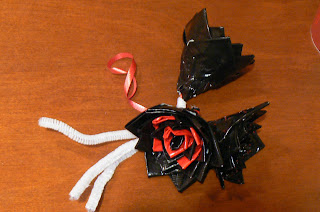 I did love the enthusiams of the party goers, many who were gracious enough to let my photograph them, as you see. Seeing the t-shirts and costumes was worth the trip. 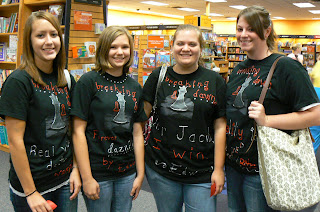 My daughter pre-ordered her book from Amazon and still has not received it. I'm hoping it comes in the mail today, but I'm disappointed that Amazon didn't make sure it arrived Saturday. In the future, it will probably be worth the extra money for her to buy it as Borders or Barnes and Noble the day it comes out (or at midnight the night before if it's a biggie like Twilight).

Amazon used to be great about getting you stuff quickly and mailing books in separate shipments if they were waiting on one to be in stock. But my brother said he pre-ordered the new Dresden Files book that isn't due out for several months, and they wanted to hold the entire order until then. Not cool. So he canceled his pre-order and plans to buy it at a brick and mortar store the day it goes on sale.

Many of things I used to love about Amazon are changing. I understand if fuel prices are higher and shipping costs are going up, but if they lose business because of slow delivery, it isn't going to help them recoup shipping. They need to consider shipping orders separately if a pre-order date is over a week away, or they can kiss the business for books with a big following goodbye. 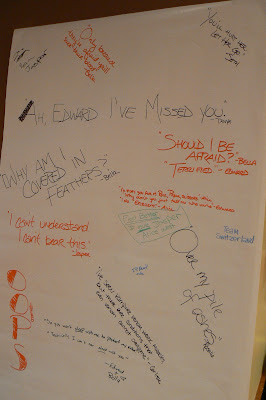 Something to think about.

Good for you for attending! I couldn't do it - too much summer laziness/inertia. I did buy a copy at Wal-mart - shame on me, I know! - and absolutely refuse to wait on Amazon's slow shipping...