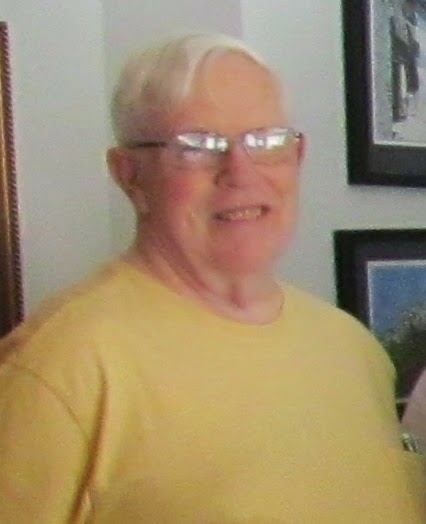 Stan Wilson has belonged to Coffee and Critique for several years. Many of his stories are set in southern Indiana, but others occur in out-of-this-world locations. Members of Coffee and Critique especially enjoy Stan's stories with strong science fiction elements, about which, he tell us, "the science part is true." He contributed two stories to the Coffee and Critique Anthology: "Whiskers and Whispers" and "Do-It-Yourself Fishing."
Stan grew up in humid southern Indiana, the land of beautiful hardwood forests, limestone cliffs with bubbling creeks and thousands of caves with hidden rivers and buried caches of gold or secret hordes of confederate treasures so some say. In college, he studied physics, electronics and engineering leading to a career as an entrepreneur, inventor and design engineer, often as the manager of the manufacturing firm producing his designs.


Married, with two grown sons, he enjoys writing for fun along with his many hobbies which include amateur radio, MG cars, model boats and airplanes.
Here are Stan's answers to the take ten questions:

1. What or who inspired you to become a writer?

I really have no idea. I have written technical articles for DIY newsletters for years.

2. What is your writing specialty?

Non-fiction grant and proposal writing -- developing creative solutions to complex design problems.  This is a total reversal from writing fiction.  A money-winning grant is written in first person and present tense. I take great pride in that over the years my grants and proposals have resulted in employment for several hundred people including myself.

3. How would you describe your writing process?

I spend a portion of ever day either in my writing attempts or inventing. Writing is more difficult.

4. What is the best part of being a writer? The worst part?

The best part for me is seeing and feeling my characters come alive on the page.

The worst part about writing is I’ve had to learn enough English to convey my story to others.

5. What is the best writing advice you’ve received?  The worst?

The best advice came from Nick Nixon who told me to listen for the story’s beat and to make it happen.
The worst advice, psychological, was from those who have told me I am wasting my time. But writing to me is like my dad’s fishing. Dad always said one didn’t have to catch fish to enjoy fishing. I don’t have to write a novel which will become a famous movie; I only need to enjoy the conversations with my characters as I tell about them on the paper.
6. Which books on writing you can recommend for other writers?

In my case they are English manuals, both available in the used books on Amazon.com for about a dollar.

William Strunk and  E.B. White “The Elements of Style”

7. How has belonging to Coffee and Critique benefitted you?

Critiques are tough; however, they do improve one’s stories. At least I now know the difference between adverbs and adjectives. I still get my subjects and objects reversed and I hate writing in past tense.

On the social side, I have met many interesting and nice people via the C&C.

The fastest two hours of the week are those spent attending the critique.

It is a toss-up on which of them, I like the best. “Bloody Good Da’ For a Picnic” was pure fiction, and I still feel the emotion when I read it, which I felt when I wrote it. The other one is a true story. “Tomorrow at Five” was fun to live and fun to write about.

9. What three words best describe you?
Imaginative (I always think outside the box), have a sense of humor, and stubborn.

10. What are you working on now, and/or what is your writing dream?

I am cleaning up many of the stories I have written over the past four years. My goal is to get them to an editor by the end of this year and self publish.

Bonus question: If you could interview one or two famous writers or historic figures living or deceased, who would they be and what would you ask them?

I would love to have a conversation with author, Jules Verne from the 19th century. He was at least two hundred years ahead of others in his view of what the engineering world would become in the future.

It would be a thrill to talk to, Dr. Nikola Tesla, the world’s greatest inventor for even an hour. He invented our power grid with allows us to light up the world.  He invented the electric motor and generator. He even had a remote control boat before wireless or radio existed.

I often wonder, if men like them were actually time travelers.

I believe to become a great writer one has to be driven at a young age to learn the skills required which are many.

Thanks, Stan, for your insight into your writing process and thoughts on writing and life.